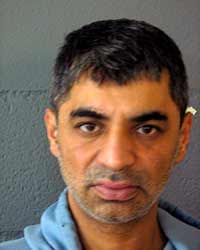 A 30-year-old woman and her 38-year-old ex-boyfriend have been charged with multiple felonies in connection with a home invasion at her Maine Township residence and the death of a dog found her husband’s vehicle, Cook County Sheriff Thomas J. Dart announced today.

At approximately 11:20 p.m. on Dec. 30, 2016, Sheriff’s Police responded to a report of a home invasion in the 9400 block of Bay Colony Drive. According to the report a man in a black ski mask, armed with a gun, forced his way into a home. The man punched the 30-year-old woman in the face. He bound her and her 32-year-old husband’s hands with packaging tape and beat the husband with a stick. 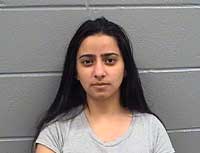 During their investigation, Sheriff’s Police detectives learned that the woman, Mehwish Memon, had conspired with her ex-boyfriend, Syed Hassan, of the 2800 block of South King Drive in Chicago, to commit the home invasion. The masked, armed intruder was identified as Hassan.

Detectives also learned that Memon had filed a false domestic battery report against her husband on Dec. 16, 2016. Memon later dropped that charge. Before Memon called 9-1-1 to make the false report, Hassan slashed the tires of Memon’s husband’s vehicle, according to the investigation.

On Jan. 10, Memon and Hassan were arrested and charged with home invasion, aggravated unlawful restraint and filing a false police report.