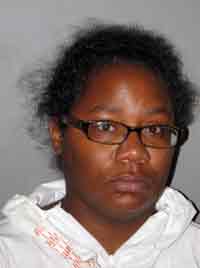 A 31-year-old woman has been charged with first degree murder in connection with the stabbing death of her boyfriend, Cook County Sheriff Thomas J. Dart announced today.

At approximately 10:15 p.m. on June 2, Sheriff’s Police received a report of a man stabbed in the 1000 block of Drexel Avenue in Ford Heights. The man, identified as 43-year-old Jason Coday, succumbed to his injuries at an area hospital.

During their investigation, Sheriff’s Police detectives learned that Coday’s girlfriend, Keanna Kennedy stabbed Coday during an argument at their residence in the 1000 block of Drexel Avenue.

Kennedy was taken into custody on June 3. She was charged with first degree murder on June 5 and is scheduled to appear for a bond hearing on June 6 at the Markham Courthouse.