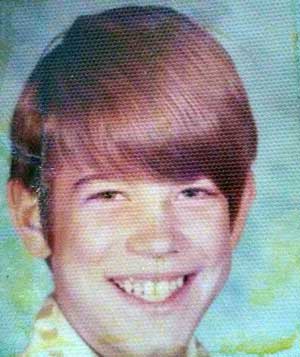 James “Jimmie” Byron Haakenson left his home in St. Paul, Minnesota in the summer of 1976 when he was 16 years-old. His mother last heard from him on Aug. 5, 1976 when he told her over the phone that he was in Chicago. After that phone call, he was never heard from or seen again.

DNA samples from Jimmie’s two siblings were collected by their local police departments at the request of Sheriff’s Police and submitted to the University of Northern Texas Center for Human Identification to test against the unidentified victims’ remains. There was strong genetic association between Jimmie’s siblings and that of the remains of Gacy Victim #24.

Detectives also combed through his original missing person report, social security administration information, post-mortem reports and other data to confirm that Victim #24 and Jimmie were one and the same person.

Jimmie’s mother – who has since passed away – tried to learn in 1979 if her son was one of Gacy’s victim. Dental records, however, were not available and were the main scientific method at the time to determine if Jimmie was one of the victims.

Two other young men were found in the same grave, as Jimmie: Rick Johnston, who was identified at the time of the original murder case, and a still unidentified victim, Victim #26. It is believed that Gacy murdered these victims at or near the same time based on their date of last contact and position in the crawlspace. Rick Johnston’s date of last contact was Aug. 6, 1976, one day after Jimmie’s.

In 2011 Sheriff Dart reopened the investigation to identify the eight remaining unknown Gacy victims. Two of the unknown victims have since been identified, Jimmie and William Bundy.

The investigation into identifying the now six unidentified Gacy victims is ongoing. Anyone who may believe their missing male relative was a Gacy victim is urged to visit the Sheriff’s website for additional information.

Sheriff Dart would like to thank the University of Northern Texas Center for Human Identification, the North St. Paul Minnesota Police Department, the Sioux Falls, South Dakota Police Department and NamUs — National Missing and Unidentified Persons System — for their assistance with this investigation.