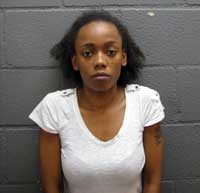 On Aug. 25, a Sheriff’s Police undercover officer responded to an advertisement in the dating section of Backpage.com that appeared to be advertising prostitution. A woman was taken into custody for prostitution.

During their investigation, Sheriff’s Police Vice officers learned that Jessica Bealer had placed the ad on Backpage.com, rented the Schiller Park hotel room that was to be used for the prostitution, and that Bealer would profit from the other woman’s prostitution.

Bealer, of the 4700 block of South Calumet Avenue in Chicago, was charged with one count of promoting prostitution, a class 4 felony. She is scheduled to appear for a bond hearing today at the Rolling Meadows Courthouse.