Cook County Sheriff Thomas J. Dart announced today that two maximum security individuals in custody have been charged for taking control of a jail housing unit and injuring another individual in custody. 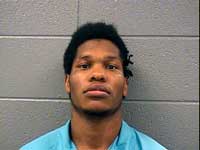 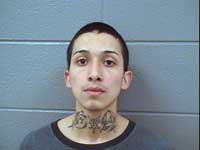 Martin Alvarado, 24, has been charged with aggravated unlawful restraint; aggravated battery, forcible detention, mob action, and possession of contraband in a penal institution.

Both are scheduled to appear today for a bond hearing at the George N. Leighton Criminal Court Building.

According to the Sheriff’s Office investigation, at approximately 4:30 p.m. July 28, Division 10 individuals in custody Alvarado and Stevenson took control of their housing unit, covering the floor with soapy water. They obscured the fixed cameras in the housing unit before tearing them down completely.

At approximately 7:30 p.m. on July 28, members of the jail’s Emergency Response Team entered the housing unit and took custody of Alvarado and Stevenson. The injured individual in custody was transported to an area hospital for treatment of what appeared to be minor injuries. A weapon was recovered. There were no injuries to staff or to the other 15 individuals in custody housed there.