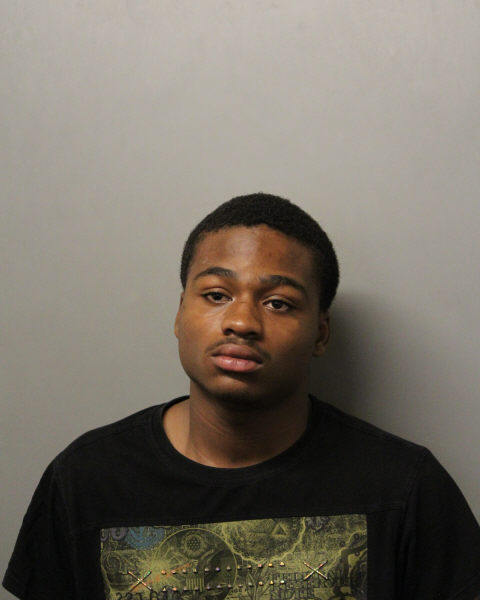 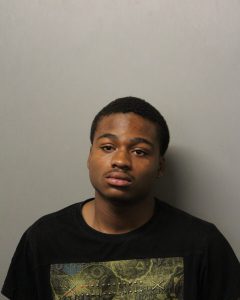 Two teens have been charged with aggravated unlawful use of a weapon after Cook County Sheriff’s Police found them with loaded firearms, one which was reported stolen from Indiana, Sheriff Thomas J. Dart announced today.

At approximately 11:10 p.m. on July 21, Sheriff’s Police officers responded to the 1300 block of East Lincoln Highway for a report of people with handguns. Upon arrival officers detained two male subjects who matched the description of those observed with guns. Both males then attempted to flee, but officers subdued them both. A 9mm Taurus with two loaded extended magazines fell from the waistband of one of the males, later identified as 19-year-old Deamonte Hurst of Chicago Heights, as he was being subdued.

The other male, a 17-year-old from South Chicago Heights, was found with a .40 caliber Smith & Wesson with an extended magazine in his waistband during a search of his person.

The gun in Hurst’s possession was reported stolen from Gary, Indiana. Hurst has been with charged with aggravated unlawful use of a weapon and possession of a stolen firearm.  His bond was set at $15,000-D today during his court appearance at the George N. Leighton Criminal Courthouse.

The 17-year-old, who is not being named because he was charged as a juvenile, was charged with aggravated unlawful use of a weapon. He also has an active warrant for attempt murder. 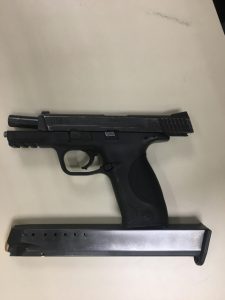 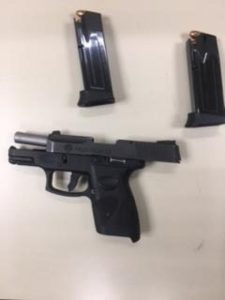