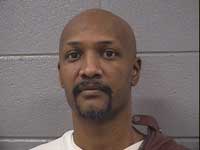 Two brothers who were convicted on state human trafficking charges and their father – who was previously convicted of promoting prostitution – have now been sentenced in a separate federal sex trafficking case, Cook County Sheriff Thomas J. Dart announced today. 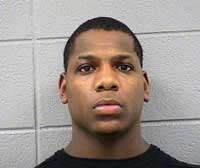 The twin brothers, 17-years-old at the time of their 2010 arrest, were convicted in 2011 and sentenced to the Illinois Department of Corrections.

Their father, Nathan Nicholson, was charged in December 2012 of promoting prostitution. Sheriff’s Police Vice Unit arrested Nicholson following an undercover operation where officers answered online ads from women who appeared to be offering sex for money. The unit observed a man identified as Nicholson waiting in car outside the hotel where officers had met a woman whose online ad they had answered. Investigators learned the Nicholson would have received proceeds from the victim. They also learned Nicholson placed the online ad for her.

Nicholson, now 45, was convicted and given probation and community service in October 2013.

The state convictions, however, did not deter these men from continuing to recruit women and girls for the purpose of selling their bodies. Cook County Sheriff’s Police and the FBI (South RA) learned that the brothers and their father were involved in a prostitution business, and they were bringing womenand girls from out of state to the Chicago area for the purpose of prostitution. A joint investigation by the two agencies led to federal indictments for these family members.

This week, Myrelle Lockett, Tyrelle Lockett and Nathan Nicholson were sentenced in federal court. Nicholson was sentenced to 16 years, 8 months. He pleaded guilty last year to one count of sex trafficking of a minor.

Tyrelle Lockett and Myrelle Lockett, were each sentenced to 17 years, 8 months. The 24-year-olds had pleaded guilty last year to one count each of transportation of a minor with intent to engage in prostitution.

All three were also ordered to pay restitution to the victims.