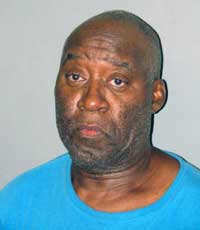 On June 13, 2015, a 58-year-old woman who lived at an assisted living facility, located in the 13800 block of Utica Avenue, reported she was sexually assaulted by another resident, Charles Bryant, at the facility. Bryant, according to the report, held the victim down – preventing her from crying out for help – and sexually assaulted her. After the assault, the victim ran out of the room and later notified the facility’s staff of what had occurred.

Sheriff’s Police re-opened the investigation in November 2016. Sheriff’s Police detectives learned through lab results received this year that DNA tied the offender to the victim.

Sheriff’s Police investigations into sexual assault reports in Robbins have led to charges in seven cases and cleared and closed an additional 21 cases.