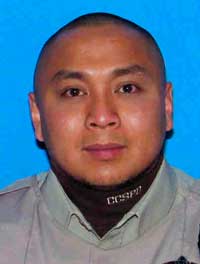 Officer Gallero passed away Thursday, September 15, after collapsing during a colors run, a 5K race that welcomes new recruits to the police force and salutes law enforcement who, like Gallero, died in the line of duty.

A 22-year veteran of the Cook County Sheriff’s Office, Officer Gallero began his career in the Department of Corrections in 1994 before joining the Sheriff’s Police Department in 2002.

He was a loving father to his daughter and a respected instructor to recruits of the Cook County Sheriff’s Office and other law enforcement agencies across Cook County.

He touched many lives and will be truly missed.