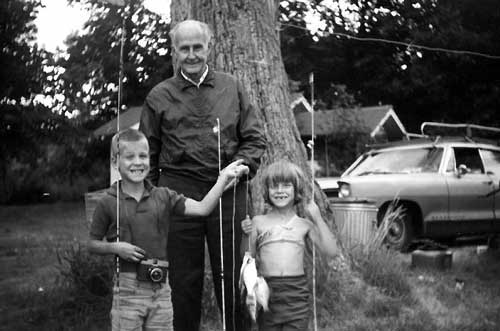 The victim in a 36-year-old homicide case has been identified as a result of the ongoing investigation to identify the unnamed victims of serial killer John Wayne Gacy, Cook County Sheriff Thomas J. Dart announced today.

16-year-old Andre “Andy” Drath was last seen in Chicago sometime in late 1978 or early 1979. A ward of the Illinois Department of Children & Family Services, he traveled to San Francisco in hopes of getting his guardianship transferred to California. This was the last time his sister heard from him. Drath has been a missing person ever since.

Meanwhile, in June 1979, the San Francisco Police Department recovered a deceased male body. The death was ruled a homicide, caused by multiple gunshot wounds. An investigation yielded no leads, and the case went cold. However, the San Francisco Medical Examiner’s Office took great care to preserve tissues from the body for future examination.

In 2011, Sheriff Dart announced the reopening of the investigation into the eight unidentified victims of John Wayne Gacy, issuing a national call to action to the families and friends of young men who went missing in the 1970s. As a young white male from the North Side of Chicago who went missing during that time period, Andy Drath fit a profile similar to many of Gacy’s known victims. Recognizing this, Dr. Willa Wertheimer – Andy Drath’s maternal half-sister – reached out to Sheriff Dart’s investigators and submitted her DNA.

Testing revealed that there was no genetic association between Dr. Wertheimer and any of the unidentified Gacy victims. However, Sheriff’s investigators uploaded her DNA sample to the Combined DNA Index System (CODIS), the federal DNA database, to be cross referenced with DNA of unidentified deceased persons throughout the nation.

In late 2014, DNA from tissue samples of the unknown 1979 homicide victim was uploaded to CODIS, the federal database. 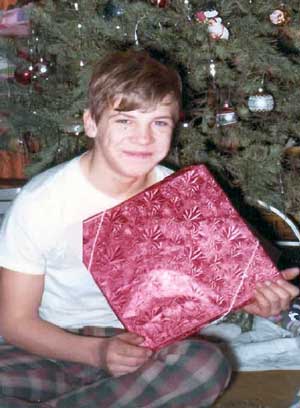 On Sept. 10, Sheriff Dart and Sheriff’s Police investigators informed Willa Wertheimer that Andy Drath had been officially identified. He will be formally removed from the federal missing person’s database, and the family is making plans to bring his body back to Chicago. San Francisco PD are actively investigating the 1979 homicide of the unidentified teenage boy, now known as Andy Drath.

“On this bittersweet day, I’m thankful that Andy Drath will be brought home and laid to rest with the dignity he deserves. This breakthrough illustrates that we should never give up on a cold case, no matter how hopeless it appears,” said Sheriff Dart. “I pledge any and all needed resources to the authorities in California as they seek to identify Andy’s killer.”

“You should never lose hope in finding your loved one. He could still be living, or at least your heart can know the peace of bringing him home,” said Dr. Willa Wertheimer. “I urge all families of missing persons to submit your DNA to the national missing persons database. Thankfully I did, and as a result John Doe #89 now will come home to his kid sister, with his own name – Andy.”

Since Sheriff Dart reopened the Gacy investigation in 2011, 12 cases have been closed as a result of Gacy leads. One of the original eight unidentified victims, William George Bundy, has been identified along with 11 unrelated missing persons cases. Five of those people were found alive and reunited with their families. Two others were found to have died of natural causes after going missing. Additionally, four unrelated cold cases – including that of Andy Drath — have been solved as a result of the investigation.

Seven of Gacy’s victims remain unidentified. Sheriff Dart asks anyone who believes their male relative may have been a Gacy victim to call Cook County Sheriff’s Police at 708-865-6244.