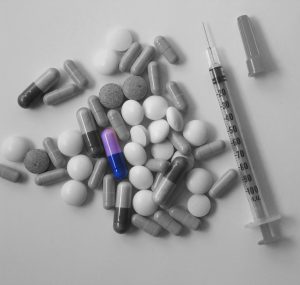 The crisis also is prominently visible at Cook County Jail, where approximately one in five individuals in custody admits to opioid abuse and hundreds receive treatment every day. For participants in those programs, returning home can be a critical point for potential relapse. The SOAR program aims to build a solid bridge for participants between treatment in the jail and in the community.

SOAR will be a court-ordered program consisting of 90 days of in-custody treatment, followed by release to the community via the Sheriff’s Electronic Monitoring (EM) program. Specially trained case managers will work with participants to continue their treatment in the community while connecting in-person with both the participant and their family or support network. The case manager will also help facilitate any recommended medication-assisted treatment (MAT).

“This program ensures that once a participant leaves the jail, a human being will be there to help them stay on the path to recovery from these powerfully addictive and dangerously lethal drugs,” Sheriff Dart said.

SOAR is an extension of several Sheriff’s Office efforts to combat the opioid crisis. The Sheriff’s Office recently developed its own treatment program for the female population called Therapeutic Healing Recovery Initiative for Vitality and Empowerment (THRIVE). And WestCare provides substance abuse treatment for male individuals in custody. Participants in SOAR will start in these programs.

The Sheriff’s Office and Cermak Health Services – a division of the Cook County Health and Hospitals System – also have a robust naloxone distribution program in which the life-saving kits are given to individuals in custody identified as having an opioid use disorder. More than 2,000 kits have been distributed to individuals released from custody since that program began in August 2016.