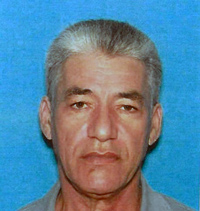 Hector Castillo-Nunez, 62, was last seen on the night of July 3rd in the 2200 block of Nichols Road in unincorporated Arlington Heights. He does not speak English.

Castillo-Nunez is 5”9’ tall, weighs 170 pounds, has brown eyes and salt and pepper hair. He was last seen wearing blue jeans, a t-shirt and gray gym shoes.

He is known to frequent Rivers Casino.

Sheriff Dart asks anyone with information regarding Castillo-Nunez’s whereabouts to call Sheriff’s Police at 847-635-1188.