Today’s match was a true David vs. Goliath affair, as most of the Cook County individuals in custody had no previous experience playing chess until being exposed to the game upon their incarceration. This stands in contrast to the far more experienced Russian individuals in custody, who were spread throughout several different prisons throughout the country. Two rounds of 7 vs. 7 match play via an online chess platform resulted in a 12-2 final score in favor of the Russians. Still, Sheriff Dart took pride in the individuals in custody’s ongoing skill development as well as Dr. Karpov’s presence.

“I am very grateful that Dr. Karpov was able to make the trip from Moscow to America to see how far we’ve come since he helped me form this program in 2012,” said Sheriff Dart. “Chess instills qualities such as patience, strategy and critical thinking, which will serve these men well as they re-enter society looking to avoid the triggers that landed them into the criminal justice system.”

Individuals in custody earned their way into the tournament through internal competition. Additionally, their participation in the tournament was contingent upon good behavior, which helped alleviate the workload of their supervising correctional deputies.

The competition transcended countries and languages. Though separated by a language barrier and thousands of miles, chess was their common ground.

At the conclusion of the tournament, Dr. Karpov discussed strategy with the CCDOC contestants and offered constructive suggestions to improve their playing methods. Sheriff Dart showed his appreciation for Dr. Karpov’s generosity by naming him as an honorary Sheriff’s Deputy.

With Dr. Karpov’s counsel, Sheriff Dart is seeking to expand the chess program, and plans for a follow-up international tournament are already underway. 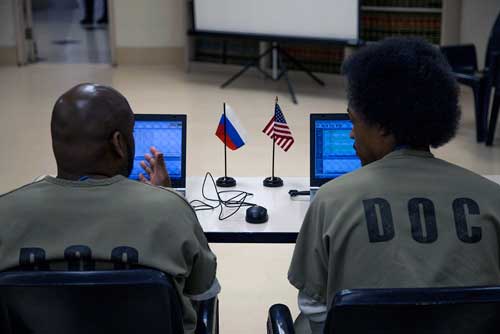 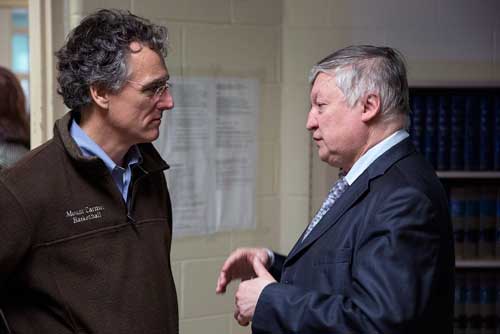 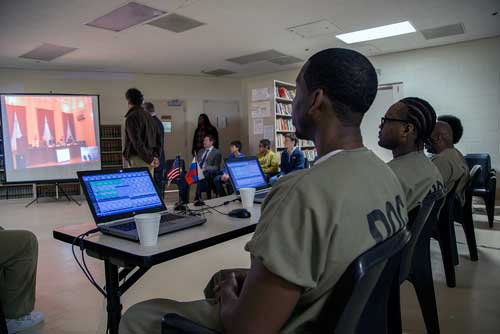