Parolee Charged with Attempting to Bring Cannabis into a Penal Institution

A 27-year-old parolee has been charged with attempting to bring cannabis into a penal institution after an ongoing Cook County Sheriff’s Office investigation found that he left a package containing marijuana under an individual in custody-only bathroom door at Stroger hospital, Sheriff Thomas J. Dart announced today.

On Jan. 30, Cook County correctional staff found approximately 6 grams of suspected marijuana in the individual in custody bathroom. With the assistance of Stroger Hospital Police, Sheriff’s Office investigators identified David Fuller, who is on parole following an aggravated battery conviction, as the person who had placed the package under the bathroom doorway. Sheriff’s Office investigators also learned that Fuller left it there for a Cook County Jail individual in custody, who was at Stroger for an appointment.

Sheriff’s Office investigators arrested Fuller, of the 1900 block of South Drake Avenue in Chicago, on March 20. His bond was set at $3,000-D during his March 21 court appearance at the George N. Leighton Criminal Court Building. He was released on bond later that day as the Illinois Department of Corrections declined to issue a parole violation warrant.

This is an ongoing investigation. 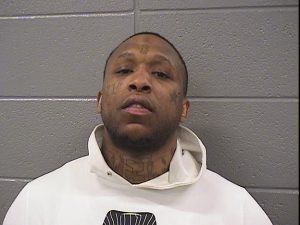