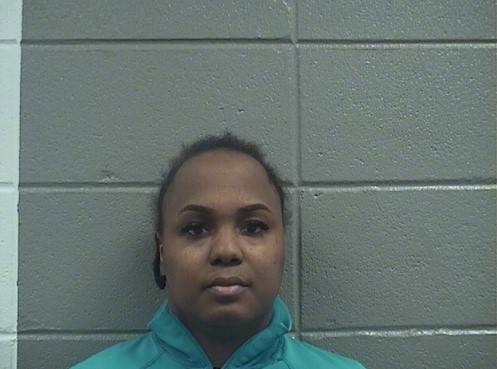 COOK COUNTY, IL – A 34-year-old nurse has been charged with drug possession after she took possession of what she believed were illegal drugs from an undercover Sheriff’s Police officer to give an individual in custody at the jail, Cook County Jail, Sheriff Thomas J. Dart announced today.

On Jan. 7, Sheriff’s Police Street Crimes Suppression Unit investigators received information from the Sheriff’s Office’s Strategic Intelligence Unit that Joanna McCree, of the 8800 block of Loomis Street in Chicago, planned to bring narcotics to a man she was dating who is in custody at Cook County Jail.

A Sheriff’s Police investigator contacted McCree that same day posing as the person who would provide her the drugs and discussed where to meet. McCree was taken into custody at her workplace after she met the investigator at the pre-determined location, where the undercover investigator provided her an envelope containing what she believed were illegal drugs.

After being given her Miranda warning, McCree told investigators that she became involved in a romantic relationship with the individual in custody while he was being treated at the hospital at which she worked.

McCree was charged with possession of controlled substance and possession of a substance with intent to deliver. Her bond was set at $75,000-D during her court appearance on Jan. 8, and she is currently being held in custody at the Jail.