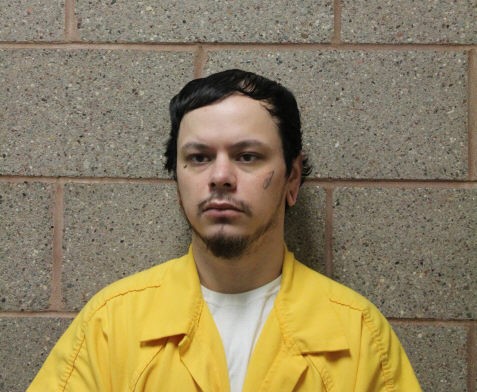 COOK COUNTY, IL – A man in custody at Cook County Jail and his fiancé have been charged after an undercover Sheriff’s Office investigation found that they had sought to hire someone to kill a witness in the man’s current murder case, Sheriff Thomas J. Dart announced today.

Last month, Sheriff’s investigators developed information that Michael Aguirre was trying to find a hitman. Aguirre, 27, later had a jail visit with an individual who he thought was a hitman but was really an undercover Sheriff’s officer. Aguirre offered to pay the individual $2,500 to have the witness killed, according to the investigation. He also told the hitman that his fiancé, Julissa Ochoa, 23 of North Aurora, would provide the down payment of $1,000 and a picture of the witness.

Aguirre has been in jail custody since October on a murder case. He is accused of passing a gun to a co-defendant who is accused of using the weapon to shoot and kill a 14-year-old girl last June in the 1700 block of West 48th Street in Chicago. Aguirre is also charged with attempted murder in which he is accused of shooting a witness to the murder case multiple times.

Sheriff’s officers met Ochoa on June 9 and took her into custody. She was charged with solicitation of murder for hire. She remains in custody at Cook County Jail in lieu of $500,000 cash bond.

The public is reminded the defendants are presumed innocent until proven guilty by the government in a court of law.