Man Charged with Aggravated Battery to a Sheriff’s Police Officer 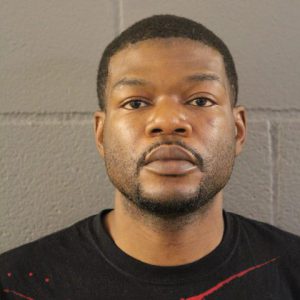 COOK COUNTY, IL – A 35-year-old man has been charged with multiple felonies after a Cook County Sheriff’s Police officer was dragged by a vehicle during the investigation of a possible road rage incident, Sheriff Thomas J. Dart announced today.

At approximately 10:15 p.m. on June 25, a Sheriff’s Police Officer was flagged down by a civilian who reported that a man in another vehicle pointed a gun at him in the 2100 block of Mannheim Road in unincorporated Leyden Township.

The officer was taken to an area hospital for treatment of injuries, which were not life-threatening.

During the course of their investigation, Sheriff’s Police detectives identified the offender as Aaron Williams, of the 1700 block of North Natchez in Chicago. He was arrested June 26 in the 800 block of Patton Avenue in Chicago and charged with aggravated battery to a police officer, resisting/ obstructing a police officer and criminal damage to property, which are all felonies. He was also charged with aggravated assault, a misdemeanor.

Williams, who has previously been convicted of resisting/obstructing a peace officer, appeared for a hearing June 27 at the George N. Leighton Criminal Court Building, where his bond was set at $8,000 D with electronic monitoring.