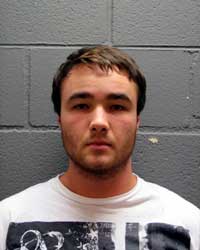 On Aug. 19, 2015, an undercover officer in Washington D.C. made contact with an individual on an online messaging application. In their correspondence on the app, the officer learned that the individual, who was in Kentucky at the time, had sexually assaulted an 8-year-old boy in Cook County The individual also sent the undercover officer pictures of the assault.

Working with Washington D.C. Police and Kentucky authorities, Cook County Sheriff’s Police learned that the assaults had occurred in the Palatine and Hoffman Estates areas. The offender was identified as Edward Vaughan, who previously lived in Palatine.

A Cook County arrest warrant was issued for Vaughan on Oct. 5. Vaughan was arrested by Kentucky authorities on Oct. 7. He was returned to Cook County on Oct. 19 and was charged with aggravated criminal sexual assault and child pornography.