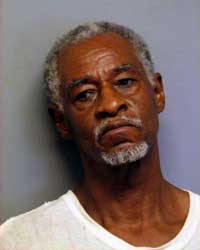 Cook County Sheriff Thomas J. Dart announced today that a Chicago Heights man has been arrested and charged after an undercover investigation by Sheriff’s Police found that he sold crack cocaine at the senior community where he lives.

Sheriff’s Police arrested Cain on July 14. He has been charged with two counts of delivery of a controlled substance on public housing property. Cain was released on an I-bond (personal recognizance) after his July 14 bond hearing at the Markham Courthouse.

“We appreciate the partnership we have with the Sheriff to keep our facilities safe in Chicago Heights and throughout Cook County,” Richard Monocchio, executive director of the Housing Authority of Cook County.