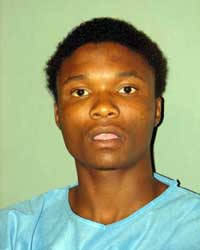 COOK COUNTY, IL – A 19-year-old Robbins man has been charged with multiple felonies after a Sheriff’s Police investigation found he sexually abused a woman and strangled her when she attempted to flee, Cook County Sheriff Thomas J. Dart announced today.

According to Cook County Sheriff’s Police investigation, at approximately 5:45 a.m. on Sept. 4, Shaymontae Mobley let a 19-year-old Gary, Indiana woman borrow his cell phone to call for a ride after she had been left stranded in a car in the 14000 block of Finley Avenue in Robbins.

Mobley, who did not know the woman, got in the vehicle to wait with her. While in the vehicle, Mobley, according to the investigation, forced the woman to touch him and then strangled her when she tried to flee.

The victim eventually escaped. Her injuries were not life threatening.

Mobley was located by Robbins Police in the 13900 block of Grace Avenue and was taken into custody. Sheriff’s Police detectives conducted the investigation at the request of the Robbins Police Department.