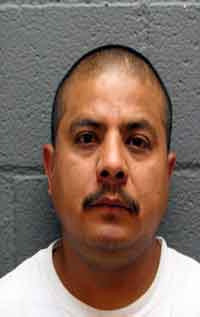 At approximately 1:20 a.m. on June 27, Sheriff’s Police received a report that a 14-year-old Villa Park girl had been sexually assaulted multiple times in the 10300 block of W. Medill Avenue in unincorporated Melrose Park and that the assaults had been going on for three years.

During their investigation, Sheriff’s Police identified the offender as Rodolfo Salazar, who lived at the location. Detectives also learned that Salazar had taped the assaults and threatened to release the recordings if the victim told anyone.

Salazar was charged on June 28 with predatory criminal sexual assault and child pornography. Recordings of the assaults were found in Salazar’s possession. His bond was set at $250,000 today during his court appearance at the Rolling Meadows Courthouse.