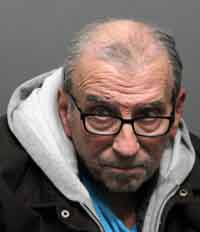 Cook County Sheriff Thomas J. Dart announced today that a 73-year-old man has been charged with predatory criminal sexual assault and child pornography after a Sheriff’s Police investigation found that he assaulted boys and in some cases took explicit images of them.

The investigation began when Sheriff’s Police were contacted on July 22 after family members of one victim found explicit photos of the victim on a camera belonging to Joseph Minarik.

During their investigation, Sheriff’s Police detectives learned that Minarik had sexually assaulted that victim multiple times at Minarik’s residence in the 600 block of Tanglewood Road in unincorporated Matteson. Detectives also learned that Minarik had sexual contact with and/or photographed multiple boys at his residence between 2012 and 2017.
Detectives found child pornography – including explicit images of two victims — on devices that were obtained during the execution of a search warrant at Minarik’s residence.

Minarik was denied bond on Nov.8 at the Markham Courthouse.
Sheriff Dart asks anyone with additional information about Minarik to call Sheriff’s Police

detectives at 708-865-4896.
Sheriff Dart also reminds the public that the defendant is presumed innocent until proven guilty by the government in a court of law.