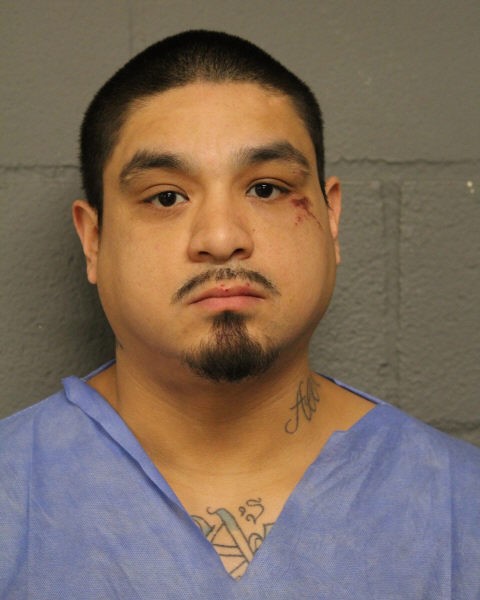 At approximately 1 p.m. on Dec. 14, Cook County Sheriff’s Police responded to the 7100 block of West 74th Street for a report of a home invasion. Officers were also provided a description of the offender. A person matching that description was found outside the victims’ residence and was intoxicated. With the assistance of Bridgeview Police, Sheriff’s Police officers took him into custody.

Sheriff’s Police detectives learned that the 66-year-old victim answered his front door, believing it was another relative. Instead, it was a man he did not know, holding a piece of lumber. When the victim tried to shut the door, the offender, later identified as Alexander Villamil, of the 3600 block of 60th Place in Chicago, forced his way in and struck the victim with the lumber that was in his hand. A 20-year-old female resident was also battered by the offender.

On Dec. 15, the Cook County State’s Attorney’s Office approved a charge of Home Invasion, a class X felony. His bond was set at $100,000-D during a hearing today at the Bridgeview Courthouse.
Detectives also learned that Villamil is on federal probation for bank robbery.