Man Charged with Funeral Directing without a License, Forgery 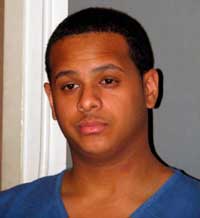 A 27-year-old man has been charged with funeral directing without a license and forgery, Cook County Sheriff Thomas J. Dart announced today.

The Sheriff’s Police investigation began in July after a funeral director reported that her name and funeral director identification number were used by another person to file a death certificate at the County Clerk’s Office at the Markham Courthouse. That person was identified as Adam Casey. Casey, according to the investigation, did not have permission to use the funeral director’s information.

Casey has a provisional funeral director license in Texas, which allows him to work essentially as an intern. That license is not transferable in Illinois.

Sheriff’s Police arrested Casey on Jan. 3 at Mount Glenwood Memory Gardens Cemetery where he was performing an internment service for another family. He has been charged with forgery/deception, a class 3 felony, and with funeral directing without a license, a class A misdemeanor.

Other cases are being investigated at this time. Sheriff’s Police believe Casey may have performed about a dozen funeral services in the Chicago area in the last year.

Sheriff Dart reminds the public that the status of funeral directors’ and other professional licenses may be checked online on the Illinois Department of Financial and Professional Regulation’s website, www.idfpr.com.

← A Year in Review: Unjust Incarceration by the Numbers Man Charged with Murder in Connection with Body Found in Thatcher Woods →