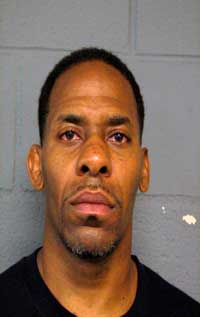 Terrence Murphy, 48, of Bellwood, had previously been cited for the violation of the County’s public morals nuisance in separate Sheriff’s Police undercover operations this year. He was first cited on Feb. 5 in Central Stickney Township and then again on March 24 in Palos Township. Each time, he arrived at a hotel after responding to a Backpage.com advertisement.

On July 14, Murphy responded to another Backpage.com advertisement. When he arrived at the hotel in Proviso Township, he recognized the woman as a Sheriff’s police officer from a previous operation. He attempted to leave, but was immediately arrested by Sheriff’s Police officers.

He was charged with solicitation of a sex act, a misdemeanor.

Murphy is the dean of students at Eisenhower High School in Blue Island.