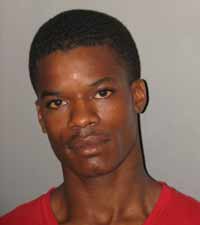 A Sauk Village man who Sheriff’s Police found holding a child and a knife has been charged with stabbing another child, Cook County Sheriff Thomas J. Dart announced today.

At approximately 4:10 p.m. on July 6, Sheriff’s Police officers responded for report of a man armed with a knife in the 1000 block of Lexington Circle in Ford Heights. When they arrived, officers found a man, identified as Romanus Ubamadu, near the interior doorway holding a 3-year-old boy by the hair and a large kitchen knife.

The officers ordered the man, Ubamadu, to release the child, his nephew. He refused. Ubamadu’s sister was able to take the child from him.

After officers’ repeated orders to the put the knife down, Ubamadu complied, and he was taken into custody.

Sheriff’s Police learned that Ubamadu, 24, had earlier stabbed his 11-year-old nephew in the chest. The boy was treated at an area hospital for non-life threatening injuries and was later released.

On July 7, Ubamadu was charged with aggravated battery to a child and aggravated unlawful restraint.

He was also charged with aggravated battery to a police officer. After he was taken into custody on July 6, Ubamadu, while handcuffed, grabbed a Sheriff’s Police officer’s genitals, and later kicked the same officer in the hand, according to the investigation.
His bond was set at $100,000 during a July 8 hearing at the Markham Courthouse.