Man Arrested After Gun With a Mounted Laser Recovered 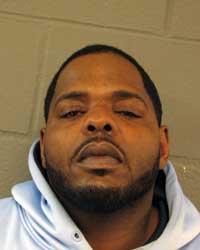 Cook County Sheriff’s Police investigators arrested a man who was out on bond for a weapons charge after they recovered a stolen, loaded gun mounted with a laser, Sheriff Thomas J. Dart announced today.

While conducting specialized enforcement on March 22 in Chicago’s 11th District, members of the Sheriff’s Police Street Crimes Suppression Unit observed a man drinking alcohol as he exited a vehicle at approximately 10:25 p.m. in the 3900 block of West Roosevelt Road in Chicago.

When investigators approached the man, they saw an open bottle of alcohol in plain view inside the vehicle, according to the Sheriff’s investigation. Officers took the man, identified as Adrian Mason, into custody. Investigators found a loaded Glock with a laser mount in a backpack. The backpack, which was found in the vehicle, also contained papers with Mason’s name. Investigators learned that the weapon had been reported stolen from Jackson, Mississippi.

They also learned that Mason, 37, was out on bond on an unlawful use of a weapon charge and that he had a previous felony conviction for delivery of a controlled substance.

Mason, of the 3800 block of W. Huron in Chicago, has been charged with unlawful use of a weapon by a felon, possession of a weapon without a Firearm Owner’s Identification (FOID) card and possession of firearm ammunition without a FOID. His bond in this case was set at $100,000 during his March 23 court appearance at the George N. Leighton Criminal Court Building. He also was ordered held without bond for a violation of bail bond. 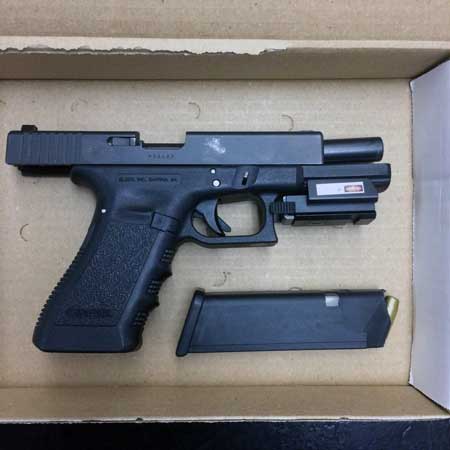