Kankakee Man Charged with Aggravated Battery with a Firearm 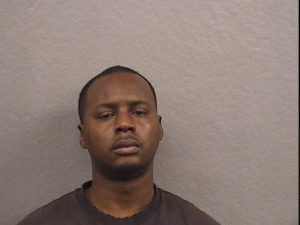 COOK COUNTY, IL – A Kankakee man has been charged with Aggravated Battery with a Firearm following an investigation of a shooting that occurred in Ford Heights, Cook County Sheriff Thomas J. Dart announced today.

On November 7, Sheriff’s Police responded to a call of shots fired on the 1400 block of East 15th Street in Ford Heights. Upon arrival, officers located a victim who suffered a gunshot wound to the right leg and observed the offender, later identified as 29-year-old Jaleel Holmes, enter a vehicle and flee at a high rate of speed toward northbound I-394.

Officers subsequently found the vehicle disabled on the shoulder of the interstate with no one inside, and the vehicle was towed for further investigation.

On Monday, Holmes, of the 200 block of Crestlane Drive in Kankakee, turned himself in to Sheriff’s Police Headquarters in Maywood. Holmes appeared in the Markham Courthouse on Wednesday, where he was issued a $50,000 D Bond on a charge of Aggravated Battery with a Firearm – a Class X felony. He was released after posting the required 10% of his bond.