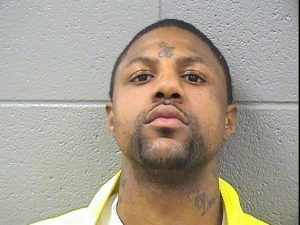 According to a Sheriff’s Office investigation, at approximately the 11 a.m. on Jan. 10, individual in custody Michael Roberson, 34, threatened his assistant public defender with physical harm in a courtroom lockup at the George N. Leighton Criminal Court Building. The public defender was not injured.

Roberson, who was booked originally in 2013 on an aggravated criminal sexual assault case, was charged today with threatening a public official, a Class 3 felony.