A Cook County Jail individual in custody has been charged with aggravated battery to correctional staff and was found to have contraband in his cell, Sheriff Thomas J. Dart announced today. 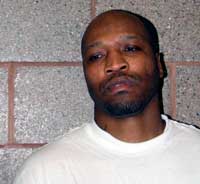 Surveillance video and an investigation have revealed that on Dec. 5, individual in custody Jimmie Smith punched a female correctional lieutenant in the face in Division 9 of the jail. The attack occurred as correctional officers were attempting to remove a contraband laptop found in Smith’s possession.

Preliminary investigation revealed Smith had previously been granted access to a laptop for preparing his defense, due to him representing himself in an upcoming trial. An extensive investigation into how Smith was able to obtain and keep this laptop is ongoing.

The laptop, which was damaged during the attack, was found to have multiple talk show-style videos on it, in which Smith attempts to host a “show” that he calls “My Back’s Against the Wall.” It also contained lewd pictures of Smith in various settings within the jail. A selection of the videos is enclosed.

Smith, 41, has a long rap sheet and has been in jail custody for more than seven years, awaiting disposition of charges of attempted murder, aggravated kidnapping, two counts of aggravated criminal sexual assault, two counts of contraband in a penal institution among other charges. He is currently being held without bond.

While in custody, Smith has racked up a litany of additional charges, including attempted murder, aggravated battery with a deadly weapon and possession of contraband in a penal institution – all related to a 2014 incident in which he attacked his public defender.

In 2015, Smith was charged with solicitation of murder after meeting with an undercover officer and expressing interest in killing the prosecutor and judge in his current case.

Smith’s next court date is December 21.

Arrest warrants are being sought for two women believed to have assisted Smith.