According to the investigation at approximately 7:10 p.m. on Aug. 6 individual in custody Vermon Patterson threw feces at a deputy in the showering area of the Division 9 housing tier that is overseen by the Jail’s Emergency Response Team as well as correctional deputies.

Patterson was placed in this housing unit after a battery to staff the week before, in which investigators found he threw feces at and punched another correctional deputy. Patterson was charged with two counts of aggravated battery to a peace officer in connection with the Aug. 2 incident. 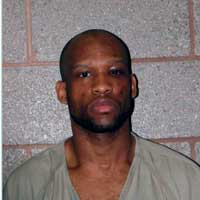 His bond was set at 50, 000 dollars after a hearing today at the George N. Leighton Criminal Court Building for the additional charge of aggravated battery to a peace officer.

Patterson, 26, has been in the jail since December 2015 on a charge of home invasion with a firearm.

If convicted of aggravated battery to a peace officer, Patterson will lose pretrial custody credit for his time spent at the Cook County Department of Corrections in addition to any sentence imposed in his previous cases.