A Cook County Jail individual in custody has been charged with aggravated battery to staff after an investigation found he threw feces and struck a Cook County correctional deputy, Sheriff Thomas J. Dart announced today. 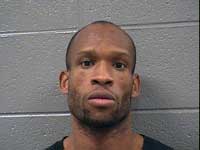 According to a Sheriff’s Office investigation at approximately 1:30 p.m. on Aug. 2, Division 9 individual in custody Vermon Patterson threw feces at a correctional deputy and struck him in the head and face. Other correctional deputies immediately arrived to assist the deputy. Patterson, a maximum security individual in custody, refused to comply with verbal orders and pepper spray was deployed. Patterson then complied.

The injured correctional deputy was taken by ambulance to an area hospital for a medical evaluation.

Patterson, 26, has been in the jail since December 2015 on a case of home invasion with a firearm. He has been charged with two counts of aggravated battery to a peace officer. His bond on the new charges was set at $100,000 today during a hearing at the George N. Leighton Criminal Courthouse.

If convicted of the offense, Patterson will be denied pretrial custody credit for the time he has spent at Cook County Jail, in addition to any sentence imposed in his cases.