Individual in Custody Charged With Aggravated Battery to Staff 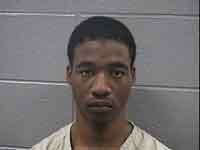 According to the Sheriff’s Office investigation, at approximately 8:50 a.m. on June 28, 22-year-old Jason Killingsworth – who was being placed in a holding cell in the jail’s in-take area – struck a correctional deputy several times.

Chicago Police officers who were in the in-take area dropping off new individuals in custody and correctional deputies came to the aid of the injured deputy. Killingsworth was secured by staff.

The deputy was taken by ambulance to an area hospital for treatment of serious, but not life threatening injuries.

Killingsworth, who was booked at the jail on June 28 on a robbery charge, has a current bond of $100,000-D. He is scheduled to appear for a bond hearing for the aggravated battery charge, a class 1 felony, on Friday at the George N. Leighton Criminal Courthouse.