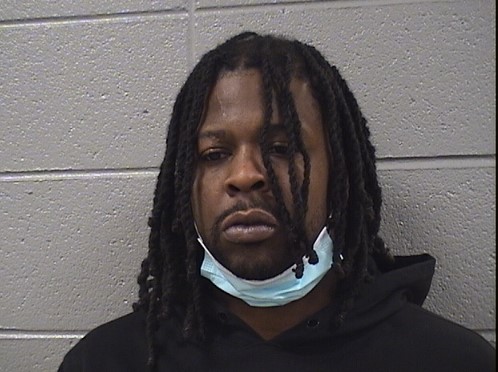 Inside the residence, investigators recovered nearly one kilogram of cocaine, 140 grams of heroin, 25 grams of Carfentanil, 119 grams of an opioid concoction known as “Grey Death,” 21 boxes of Dormin, as well as various types of drug paraphernalia and substances commonly used as cutting agents to prepare drugs for sale on the street. Both Carfentanil (a synthetic opioid) and “Grey Death,” which typically contains a mixture of Carfentanil, heroin, and other opioids, are considered to be 100 times more potent than fentanyl. Investigators also recovered a .300 Blackout caliber AR-style weapon with no serial number, also known as a “ghost gun,” along with 18 rounds of ammunition for the weapon, and $11,858 in cash.

Douglas was ordered on to electronic monitoring in September after he posted the required 10 percent of the $120,000 D Bond he received following his arrest in July on charges of Armed Habitual Criminal, Manufacture/Deliver Heroin/School/Public High School/Park, and Mfg/Deliver Cocaine/School/Public High School/Park. He was returned to custody at the jail on Monday following the safety compliance check and appeared before Judge Joseph Claps on Wednesday, where a Motion for Violation of Bail Bond was entered and continued until his next court date on Dec. 1. He has previous convictions for multiple gun and drug offenses.

The investigation is ongoing.