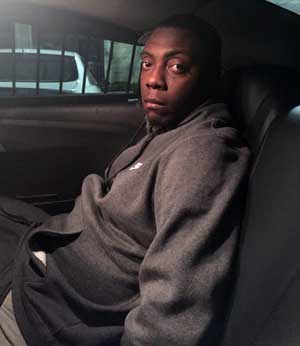 He was arrested in the apartment of a person suspected to be a relative’s girlfriend and was found asleep on the floor. He is in custody and will be extradited to Cook County to face charges of escape in addition to parole violations.

Glover was erroneously released from the Illinois Department of Corrections and processed onto their parole program on Friday, Feb. 24.

Since learning of his release Monday morning, over 100 members of the Sheriff’s office and multiple teams of the United States Marshal’s Fugitive Task Forces in Chicago and Georgia have worked around the clock to secure Glover’s apprehension.

Sheriff Dart wishes to thank the men and women of the Cook County Sheriff’s Office, the United States Marshal’s Service and the Chicago Police Department for their exceptional assistance in the manhunt for Garrett Glover.