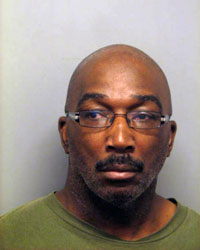 During their investigation, Sheriff’s Police detectives learned that from November 2015 to May 2016, Smith had multiple sexual contacts with the victim, who is now 16, at his residence in Markham.

Smith, of Markham, has been charged with the one count of aggravated criminal sexual abuse. His bond was set at $30,000 today at the Markham Courthouse.