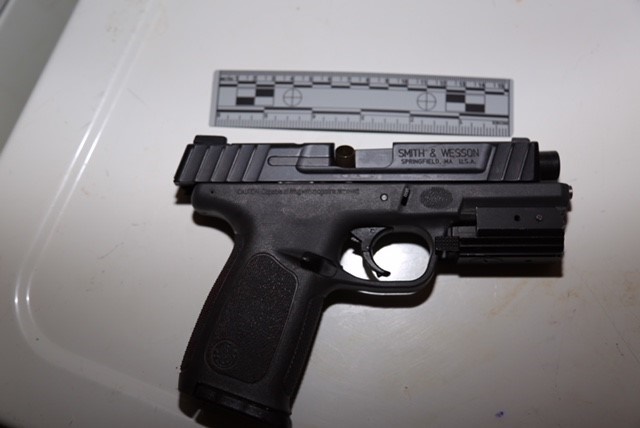 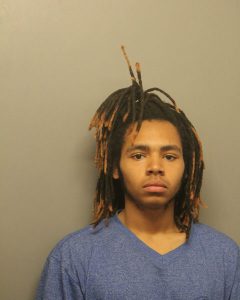 A gun owner has been charged after a 5-year-old boy was accidently shot by another child this week in Ford Heights, Cook County Sheriff Thomas J. Dart announced today.

At approximately 11:25 a.m. on June 4, Sheriff’s Police responded to the 1100 block of Drexel for a report of an accidental discharge. A 5-year-old boy was located with a gunshot wound. The child is being treated at Comer Children’s Hospital, where he remains in critical condition.

Sheriff’s Police detectives learned that the victim and two other boys had gone into the bedroom of gun owner Mikaehl Allen while he was not home and while the other adults in the house were asleep. One the boys, the victim’s 8-year-old brother, located a 9 mm Smith & Wesson pistol from under the mattress and accidently discharged the weapon at the victim.

In addition to the Smith & Wesson, Sheriff’s Police located an AK-47, a shot gun and AR-15 parts, under the mattress. The weapons were fully loaded.

The weapons are owned by Allen, 21, who had a valid Firearm Owner’s Identification (FOID) card. Following the Sheriff’s Police investigation, Allen, who is the boys’ uncle, was charged on June 5 with child endangerment, a Class A misdemeanor, punishable by up to a year in jail, and allowing a minor access to a firearm, a Class C misdemeanor, punishable with a minimum $1,000 fine

Sheriff’s Police officers also located a male and female boxer-mix dogs at the residence that were emaciated and had wounds caused by insects. The dogs were taken to an area veterinarian for treatment. Investigators learned that Allen owned the dogs. He was charged with two counts of cruel treatment, a Class A misdemeanor, and two counts of violation of owner’s duties, a class B misdemeanor. 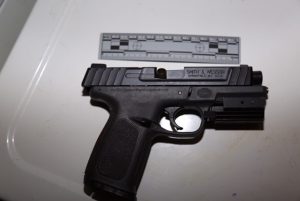 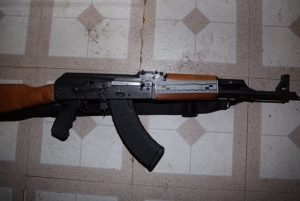 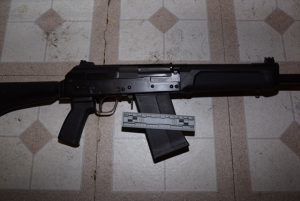 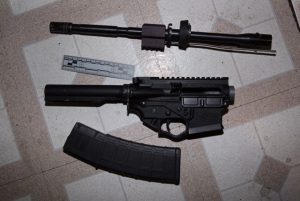