Driver Charged With Driving Under the Influence in fatal Traffic Crash 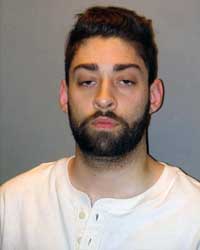 A 23-year-old Oak Lawn man has been charged with multiple counts of aggravated driving under the influence in connection with a Monday morning crash that killed two people, Cook County Sheriff Thomas J. Dart announced today.

At approximately 1 a.m. on May 1, Sheriff’s Police received notification of a single vehicle rollover crash that occurred on eastbound 107th Street, about a mile west of 104th Avenue in unincorporated Palos Township.

The driver of the vehicle, 23-year-old Stephen Rodriguez, was found in the driver seat. He was treated at an area hospital for minor injuries.

During their investigation, Sheriff’s Police detectives learned that Rodriguez was intoxicated at the time he was driving with his friends. He has been charged with four counts of aggravated driving under the influence/accident causing death.

Rodriguez bond was set at $500,000 today during his court appearance at the Bridgeview Courthouse.