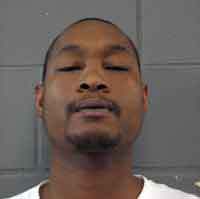 Cook County Sheriff’s Police investigated criminal sexual assaults that occurred on July 3, 2015 and Nov. 3, 2015 in the 8800 block of Carleah Street in unincorporated Des Plaines. While the offender was identified in each of the reported sexual assaults, additional investigation was necessary.

On Feb. 18, Sheriff’s Police received a Combined DNA Index System (CODIS) hit in connection to the two victims’ criminal sexual assault kits. The DNA evidence from both kits matched 30-year-old LaMarcus Anderson, the same man identified as the offender in the Sheriff’s Police investigation. Anderson’s DNA was uploaded into CODIS in connection with a 2009 felony conviction for a string of burglaries in unincorporated Des Plaines.

On Feb. 21, Sheriff’s Police located Anderson near his home in the 8800 block of Carleah Street and took him into custody. He was charged with two counts of criminal sexual assault. Anderson’s total bond was set at $200,000 during a hearing on Feb. 22 at the Skokie Courthouse.