Tap below for Sheriff’s Police Menu 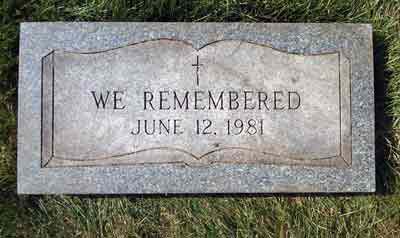 Five victims of the serial killer John Wayne Gacy remain unidentified. Originally recovered from Gacy’s residence in late 1978 and early 1979, the remains of five Gacy victims have never been identified.

DNA technology has advanced to supplement the techniques used at the time of the original homicide investigation. The Cook County Sheriff’s Police Department has tested the remains of these victims using the latest DNA technology.

DNA profiles suitable for comparison have now been obtained from all five unidentified victims.

Many missing persons are never reported to police. After Gacy was arrested in December 1978, it was learned that some of his identified victims had never been reported missing by their families. Some families were estranged from their relative who was killed by Gacy, and were unaware their relative was missing.

Also, missing person reports from distant jurisdictions may not have found their way to investigators in Cook County, Illinois. Gacy was known to have targeted bus stations and hitchhikers, seeking victims who were travelling.

These five victims are unidentified persons, and you can help identify them.

We are seeking living family members who:

Why 1970 to 1979? After Gacy was released from an Iowa prison in June 1970, he moved back to the Chicago area in Illinois. Gacy was later arrested in December 1978, ending his killing spree, but for many reasons some victims may not have been reported missing until early 1979 or even later.

How can I give a DNA sample? If you meet the requirements above, and live in the United States, arrangements can be made after contacting the Cook County Sheriff’s Police at (708) 865-6244 or by sending us your information in the form below.

Giving a DNA sample is quick and easy. Using the buccal swab method, a trained investigator wipes a sterile cotton swab against the inside of the donor’s cheek to take a sample of cells that contain DNA.

What happens afterwards? The DNA sample you donate will be sent to a certified laboratory, where it will be directly compared to DNA profiles from the five unidentified victims. You will be discreetly notified of the results, a process that usually takes about 3 months to complete.

With the help of living family members, it is our goal to identify as many of the five nameless victims as possible. Once an identity is confirmed using DNA, the remains of a missing loved one can be turned over to family, helping to bring closure.

What if my missing family member does not match the description of Gacy’s victims? Please contact your local police department directly. 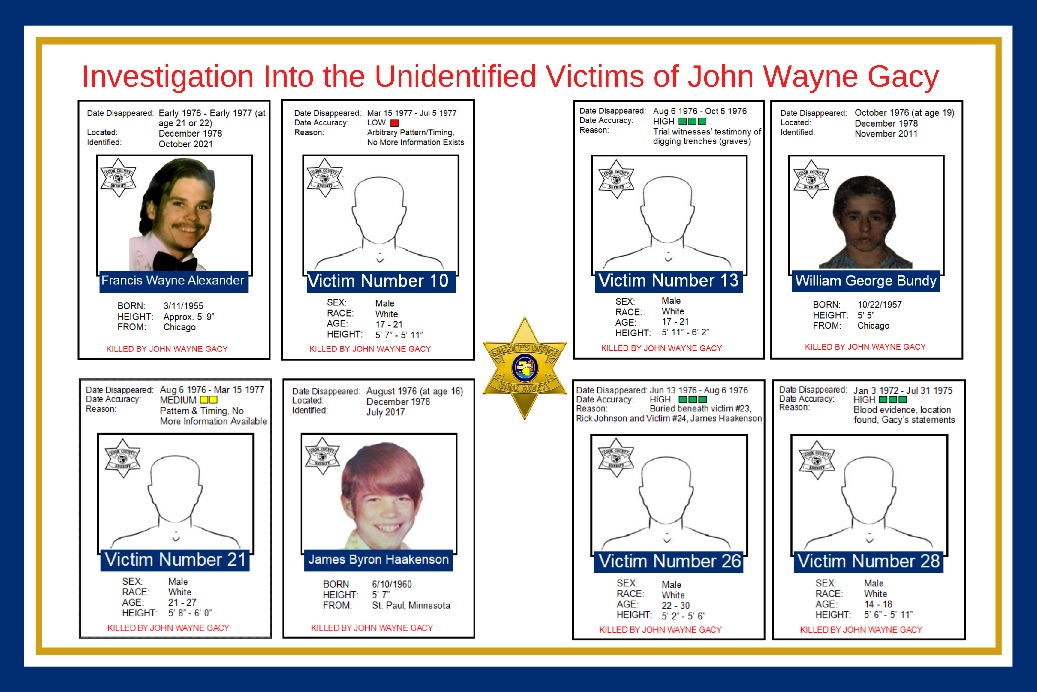 Submit a tip using the form below: