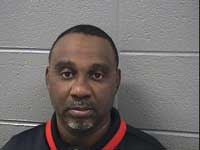 The Sheriff’s Office of Professional Review initiated an investigation in early July after receiving information from internal investigators that contraband was being brought into a Cook County Jail barbershop.

Taylor was assigned to the Division 6 barbershop where he monitored individuals in custody receiving haircuts. Through live surveillance, a Sheriff’s investigator observed Taylor watching pornographic videos on his cell phone with two other individuals in custody. Electronic devices are not permitted inside Cook County Jail.

The two individuals in custody provided with the electronic devices, William Taylor, 27, and Tyrone Noel, 39, have been charged with possession of contraband, a class 1 felony. Officer Taylor and individual in custody Taylor are not related. 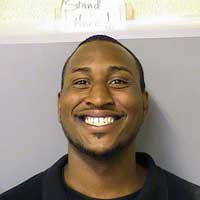 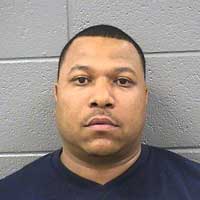 Through the investigation, Sheriff’s investigators recovered a firearm within the vehicle of Officer Taylor, whose Firearm Owner Identification (FOID) Card is currently revoked due to an unrelated off-duty incident.

Taylor, of Oak Park, resigned shortly after the arrest. He had been an employee of the Cook County Sheriff’s Office for 22 years.

He appeared in bond court yesterday at the George N. Leighton Criminal Court Building, where he was released on electronic monitoring.

This investigation is part of an ongoing effort by Sheriff Dart to protect staff and the safe operation of the institution by rooting out corruption and misconduct at the Cook County Jail.