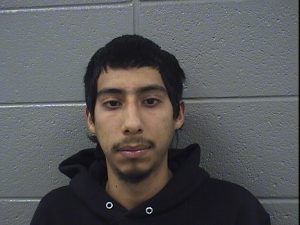 A Cook County Jail individual in custody has been sentenced to 15 years for solicitation of murder in which he sought someone to kill witnesses in his case, Sheriff Thomas J. Dart announced today.

Ivan Flores, 22, was originally booked into the jail on March 17, 2016 on an aggravated criminal sexual abuse case. Sheriff’s Office investigators developed information that Flores, while in jail custody, was looking for someone to kill witnesses in his case.

On Sept. 11, 2016, Flores met with a male visitor at the jail. During that conversation, Flores requested that the man – who in actuality was an undercover Sheriff’s Office investigator – kill two witnesses and offered to pay him $5,000 to do so.

Today, Flores pleaded guilty to the solicitation of murder charge. He was sentenced to 15 years in the Illinois Department of Corrections (IDOC). He was also sentenced to three years in IDOC for the aggravated criminal sexual abuse case.