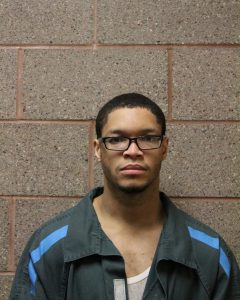 A Cook County Jail individual in custody was indicted this week on a charge of aggravated assault against a correctional deputy, Sheriff Thomas J. Dart announced today.

At approximately 1 p.m. on May 1, a female correctional deputy was escorting individual in custody Matthew Jackson back to his housing location when he exposed himself and engaged in lewd conduct in the direction of the correctional deputy, according to the Sheriff’s Office investigation. She ordered him to stop. He refused and began to advance toward her, still exposed.

On May 9, a Cook County Grand Jury indicted Jackson on aggravated assault in connection with this incident. He has also been charged with public indecency, a misdemeanor.

In addition to seeking criminal charges for individuals in custody who engage in this behavior, Sheriff Dart has proposed Senate Bill 3104. Sponsored by State Senator Bill Cunningham, the bill would require individuals in custody to register as sex offenders upon their second conviction of indecent exposure that occurs in a penal institution. The bill would also add indecent exposure convictions to the list of offenses that could trigger a loss of all jail custody credit if the individual in custody is sentenced to prison.

The bill passed the Senate on April 25 and is scheduled to be heard in the House judiciary-criminal committee on May 15.

Since January 1, 2017, there have been more than 620 incidents of indecent exposure and lewd conduct by Cook County Jail individuals in custody. More than 2,000 Correctional officers have signed petitions in support of this bill.