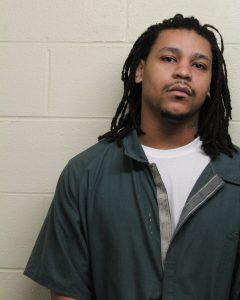 A maximum security Cook County Jail individual in custody has been charged after an investigation found he indecently exposed himself during a visit in view of a child, Sheriff Thomas J. Dart announced today.

On Jan. 18. McCaulley, 26, was charged with sexual exploitation of a child in which the child is under 13, a class 4 felony. He is scheduled to appear for a bond hearing today at the George N. Leighton Criminal Courthouse. If convicted of sexual exploitation of a child, in addition to the sentence imposed, McCaulley would also be required to register as sex offender for 10 years.

McCaulley has been in jail since February 2014, when he was ordered held without bond on a murder charge.