An inmate’s housing location will help you find visitation locations, days and times.

To find an inmate’s housing location call 773-674-5245 or click here to visit the inmate locator online.

The first characters in the inmate housing location list the division where the inmate is assigned (e.g. DIV2, DIV08).

The second set of characters in the inmate’s housing location are the detainee’s tier or living unit (e.g. 2B or Q1). Look for the tier on the schedule, and the day of the week and hours where the tier is listed.

The below divisional visiting schedule is not being followed due to our Covid 19 modified visitation procedures.

The Cook County Sheriff’s Office policy is to comply with the provisions of the Americans with Disabilities Act of 1990 (ADA), including changes made by the ADA Amendments Act of 2008. The ADA prohibits discrimination against qualified individuals with disabilities. The Cook County Sheriff’s Office is committed to providing equal access and reasonable accommodations to its visitors with disabilities. Depending on the nature of the accommodation request, we may require advance notice. Visitors with questions or requests concerning reasonable accommodation should contact the ADA Compliance Officer by calling 773-674-7768 during normal business hours, or emailing CCSO.ADA@cookcountyil.gov during non-business hours. 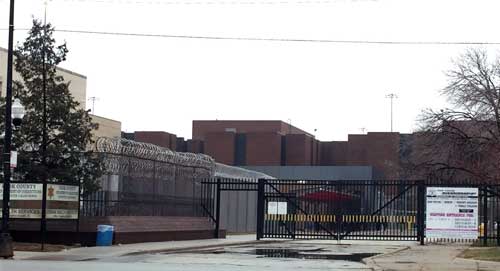