At approximately 7 p.m. on May 23, the Vice Unit learned during an undercover operation that a man, later identified as Gabriel Johnson, was profiting from acts of prostitution by a 24-year-old woman. The woman, who investigators took into custody at an Arlington Heights area hotel, was not charged and was offered victim services through the Sheriff’s Office. 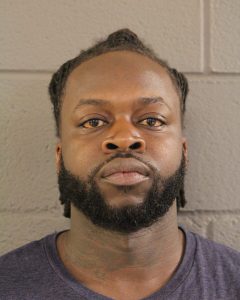 Johnson arrived while investigators were in the hotel room. Investigators ordered him to get on the ground after a gun was seen in his waistband. He complied and was taken into custody. Investigators recovered a loaded, a 9 mm semi-automatic weapon from his person.

Johnson, of the 1100 block of North Leclaire Avenue, was charged with promoting prostitution, a class 4 felony, and armed habitual criminal, a class X felony. He also had an outstanding warrant for unlawful use of a weapon. He is scheduled to appear for a bond hearing today at the Rolling Meadows Courthouse.