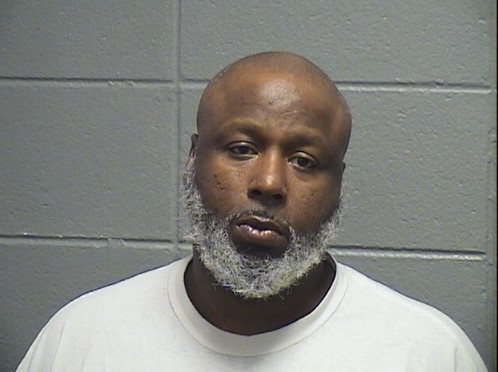 In the early morning hours of June 28, Sheriff’s Police responded to Loyola University Medical Center in Forest Park after a relative of Raul Diaz, 60, of Chicago, reported him missing. The family member stated Diaz left the hospital to return to his vehicle, which was parked across 1st Avenue in the Miller Meadow Forest Preserve parking lot, at around 9 p.m. the previous evening.

Upon arrival, officers searched the area and found Diaz lying along the shoulder of the roadway in the 2100 block of 1st Avenue. The preliminary investigation determined he had been struck by a vehicle while crossing the street. Diaz was pronounced dead at the scene.

During the course of their investigation, detectives identified the offending vehicle as a black, 2017 Cadillac XTS sedan and identified the vehicle’s owner as Derrick Young, of the 900 block of West 19th Street in Broadview.

Detectives subsequently obtained surveillance video and phone records that showed Young was at the scene, driving his vehicle, and using his cell phone at the approximate time Diaz was struck.

On Oct. 23, Young was taken into custody and charged with failure to report an accident causing death, a Class 1 felony. He appeared for a bond hearing at the Maywood Courthouse, where his bond was set at $50,000 D. He was released today after posting the required 10% of the bond.