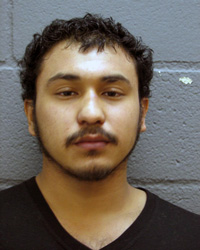 A Cook County Sheriff’s Police investigation has led to the arrest of two men in the murder of a man found shot to death on the western edge of the Kickapoo Meadows, a Cook County Forest Preserve near Harvey, Sheriff Thomas J. Dart announced today.

At approximately 2 p.m. on Dec. 5, Cook County Sheriff’s Police were notified that a man had been found in the Cook County Forest Preserve near the 14100 block of Thornton Road. The man, later identified as 30-year-old Jose Luis Garcia-Cibrian, of Harvey, had been shot multiple times.

Using a series of interviews, video surveillance and other information gathered during the investigation, Sheriff’s Police Detectives identified Vicente Mendoza-Godinez, of Harvey, and Andrew Boone, also of Harvey, as the offenders. Detectives also learned that Garcia-Cibrian had been robbed of his money and cell phone prior to his death. 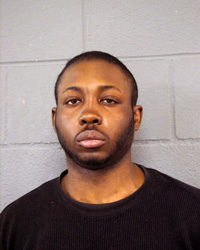 On Dec. 20, 24-year-old Boone was taken into custody by Sheriff’s Police. He was charged with first degree murder and is scheduled to appear today for a bond hearing at the Markham Courthouse.

← Correctional Officer Comes to Injured Pedestrian's Aid A Year in Review: Unjust Incarceration by the Numbers →