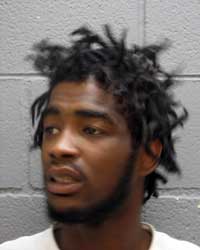 Cook County Sheriff Thomas J. Dart announced today that a 21-year-old man has been charged in armed robberies that occurred in unincorporated Elk Grove Village and Ford Heights and also may be connected to other similar robberies in Cook County.

At approximately 6:45 p.m. on July 27, a man entered the Days Inn in the 1900 block of East Higgins Road in unincorporated Elk Grove Village, displayed a gun to a female employee and demanded cash. The employee complied and the man left, last seen getting into what was described as burgundy color SUV. No injuries were reported.

During their investigation, Sheriff’s Police detectives learned that James Meyers of Blue Island was involved in the robbery of the hotel along with Theodis Thomas, 21, from Chicago, and Steven James, 23, also from Chicago, who were both waiting for him. The three left in the SUV. 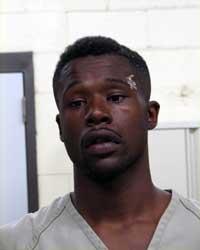 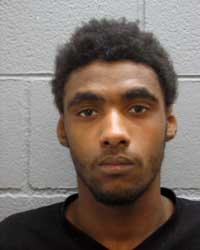 All three were charged with armed robbery.

Meyers was charged with an additional count of armed robbery after Sheriff’s Police detectives learned that he was involved in the July 15 robbery of the New Way Food and Liquors, located in the 1300 block of East Lincoln Highway, in which a firearm was displayed and cash was taken.

Sheriff’s Police detectives also learned that Meyers may have been involved in a number of other armed robberies in Cook County. Those investigations are ongoing.

Meyers also was charged with criminal damage to government property after he was found to have broken a video camera at the Sheriff’s Police Department and slammed his head and body into a hallway wall as he was being escorted by Sheriff’s Police. He was taken to an area hospital for treatment.

Meyers is scheduled for a bond hearing on Aug. 1 at the George N. Criminal Court Building. Thomas received a $200,000 bond and James received a $150,000 bond during their July 30 hearings at the Rolling Meadows Courthouse.