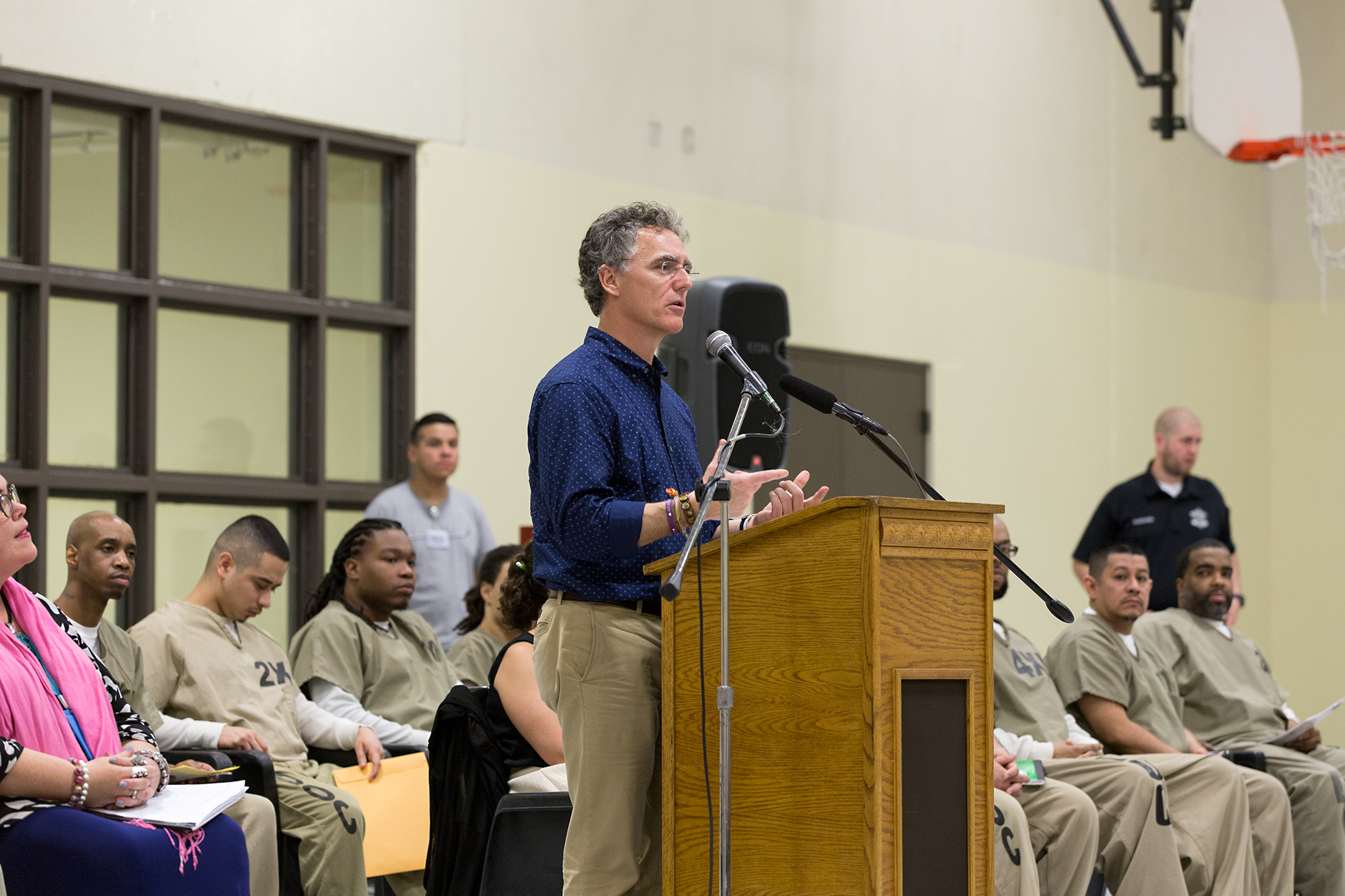 Sheriff Tom Dart has dedicated his career to challenging injustice, fighting the violence plaguing our communities, and bringing a new and thoughtful approach to public service.

After serving as a prosecutor and an Illinois state legislator, Sheriff Dart ran for Cook County Sheriff in 2006, promising to bring his reformative vision to the role. In the ensuing years, he has rewritten the book on what a Sheriff can accomplish, looking inside and outside of the conventions of law enforcement for nuanced and thoughtful solutions.

Sheriff Dart started by instituting extensive programming at the Cook County Jail, seeking to give individuals in custody skills that help to stop the revolving door of incarceration. Within the jail, the Sheriff sought out creative programming in the areas of art, chess, construction, cooking, gardening, parenting, and literacy, all of which help foster social and emotional growth for individuals in custody while they await trial.

After recognizing that much of the population in Cook County Jail needed mental health treatment, Sheriff Dart worked, and continues to work, to offer assistance to people in need while shining a national spotlight on the perils of the criminalization of mental illness. Because of the void created when mental health treatment centers closed around Chicagoland, Sheriff Dart, in partnership with experts in the field, developed necessary care and mental health treatment programs for people inside and outside of the jail. Offering treatment to those who suffer from mental illness has reduced the jail’s population and has reduced recidivism rates for these individuals.

Sheriff Dart continually has prioritized reducing violence in Chicago, creating programs that build community and connection between law enforcement personnel and the people they serve. At the jail, the Sheriff’s Anti-Violence Effort (SAVE) program provides intensive therapy and life-skills training for those 18 to 24-year-old men who are incarcerated from neighborhoods with the most violence in the city. Outside of the jail, the Sheriff’s Chicago Initiatives program uses a community policing model, which works to remove guns from the street while reconnecting law enforcement with communities. Under Sheriff Dart, Sheriff’s Officers regularly create community events that provide health care and offer other necessities so that the people who live in these underserved communities can have some of their needs met.

In 2017, Governing Magazine named Sheriff Dart a Public Official of the Year, and TIME Magazine named him one of the 100 Most Influential People in the World in 2009.

Sheriff Dart and his wife, Patricia, live on Chicago’s South Side and are the proud parents of five children.